Let’s now examine the content of the article by Tolkien Society.

«This seminar aims to explore the many possible applications of “diversity” within Tolkien’s works, his adaptations, and his readership»

I assume that this represents the core of the proposal of the Tolkien Society, which should be carefully analysed and grasped.

Of course, the issue of diversity is an essential theme to understand Tolkien’s works. Here a few examples may be helpful. Thrain, Thorin Oakenshield’s father, failed in his previous attempt to reconquer the Lonely Mountain, for his fellowship didn’t have a guide as Gandalf was and a fellow like Bilbo. The Fellowship of the Ring, that is to say the Nine Companions coming from the most diverse places all over the Middle Earth, including hobbits, all different from each other, are opposed to the Nine Black Riders, the latter being the expression of Sauron’s single will.

In his letters Tolkien explains that Death is one of the main issues, nay, the main theme in his works. It wouldn’t be so, if there was not a huge difference between Elves and Men, the former being bound not to leave the world, the latter, by contrast, doomed to leave it without the possibility to come back. According to beliefs, Elves will pass away once the world dies. I would thereby report a quotation from The Lord of the Rings:

Together the Elf and the Dwarf entered Minas Tirith, and folk that saw them passed marvelled to see such companions; for Legolas was fair of face beyond the measure of Men, and he sang an elven-song in a clear voice as he walked in the morning; but Gimli stalked beside him, stroking his beard and staring about him.

‘There is some good stone-work here’ he said as he looked at the walls; ‘but also some that is less good, and the streets could be better contrived. When Aragorn comes into his own, I shall offer him the service of stonewrights of the Mountain, and we will make this a town to be proud of.’

‘They need more gardens’ said Legolas. ‘The houses are dead, and there is too little here that grows and is glad. If Aragorn comes into his own, the people of the Wood shall bring him birds that sing and trees that do not die.’

(The Return of the King, Chapter IX, “The Last Debate”)

I could carry on like this for pages, reporting examples that show how diversity pervades the whole Tolkien’s Legendarium. The same applies to his short works – which I refuse to identify as “minor” works – such as Smith of Wootton Major and Leaf by Niggle and many others. Furthermore, a broad overview on the adaptations as well as on the readership is a proposal that can only be exciting.

This is not the meaning that the Tolkien Society gives to the notion of “diversity”, however.

In the aforementioned announcement, the Tolkien Society declares indeed that it has been inspired by the debate about the Amazon TV series The Lord of the Rings, which has been working on a casting that should represent the various ethnicities of our planet. Another announcement that still raises many doubts concerns the addition of nudity in the series. In this regard I’ve expressed my opinion here. In other words the Tolkien Society seems to be more interested in the application of the concept of “diversity” in Tolkien, suggested by the Amazon TV series, rather than in exploring the definition that Tolkien himself followed.

Beyond that, among the speeches, there are titles that stand out, such as “Cordeliah Logsdon – Gondor in Transition: A Brief Introduction to Transgender Realities in The Lord of the Rings” as well as “Danna Petersen-Deeprose – “Something Mighty Queer”: Destabilizing Cishetero Amatonormativity in the Works of Tolkien”. Moreover: “Christopher Vaccaro – Pardoning Saruman?: The Queer in Tolkien’s The Lord of the Rings”, in which the term “queer” is not a synonym for “weird”; here it stands for “sexually different”, “not heterosexual”. Everyone can read the titles by him/herself.

What emerges is a strong interest in current events and political topics that the most prestigious Tolkien Society in the world is showing.

I feel like I am living in the same nightmare when the new translation of The Lord of the Rings into Italian by Ottavio Fatica was released. At the time we witnessed a separation between the “higher academics” on the one hand and simple fans on the other, the former taking the lead on texts, while the latter had to accept the theories and the interpretations of those academics as absolute, with the only possibility to express their opinion on the social media.

I do not think that debates about what is happening and what is being proposed as a frontier of Tolkienian studies are necessary, because the truth is evident for those who want to see it. The clear attempt of the Tolkien Society is to re-read Tolkien’s works in the context of the epochal change we are living, including, for example, gender revolution, environmentalism and anti-racism, which give definitions of “diversity”, “environment” and “race” that don’t belong to Tolkien. In the same way, they use methods that are very different from those used by the Professor. The reason is very simple: Tolkien died fifty years ago, his mindset was different than ours; he couldn’t know it and, consequently, he couldn’t share it. Academics should try to understand an author’s thinking. Their own thinking can’t be used arbitrarily to re-read any text in a very subjective way, claiming that this is an academic study.

Will Sherwood has supported the initiative of the association he is contributing to as a member of the Executive Council, claiming that it is based on the History of Middle-earth. Despite the texts mentioned by him, I cannot understand what, for example, Athrabeth Finrod ah Andreth has to do with the current issues proposed. Here the key topic is that of Death, which is the fruit of sin and evil and, as such, can be defeated only through a radical healing of Arda, that can be carried out only with an incarnation of the One in human form. Following the proposal of the Tolkien Society, a text about the Incarnation of God, that is a Christological treatise, set and discussed in Pre-Christian ages with the method of natural reason (according to me, there’s nothing more fascinating than this both for a believer and an atheist!), would be useful to explain the presence of characters representing the sexual revolution in Tolkien’s work because we will probably see them in the Amazon TV series. The texts take thereby a marked allegorical turn.

As a result, the response to the Tolkien Society by the Tolkieniani Italiani is the equivalent of the one we gave to the project of the new translation of The Lord of the Rings into Italian by Fatica (I talk about this here): spreading information, studying, publishing. In other words, the construction of an alternative project, where everyone can join freely. Our recent Call for Papers concerning “Tolkien as a translator” is the best exemplification of our programme and our working method, aiming at the internationalisation of our experience of fraternal communion and sincere friendship within the truth of Tolkienian texts.

P.S. I apologise for the catchy title, I hope nevertheless that it has drawn you into the reading of this article and that it has raised your interest in this topic.

EDIT: I personally apologise to those people who felt unconfortable with the title, chosen only and exclusively by me, for which I’ll be responsible. The title isn’t aimed at expressing an idea but, as you can see, a fact. I won’t express a personal opinion about a major topic of our time, because it is really a great theme. These opinions are about a cultural association, dealing with a specific author who lived in a precise, well-defined historical period, that is making a gargantuan historiographical and epistemological mistake which should have been highlighted and made known for everyone. I shall make clear how serious the problem is with an example that I consider suitable: scientists could not explain for centuries how it has been possible that physical sciences had been using Aristotle’s Physics as a textbook for over a millennium and a half. The breakthrough came about sixty years ago, when it was realised that, to understand Aristotle, it was necessary to get inside his mind-set, pose his same questions, trying to understand the answers in the light of those questions: it is obvious, in fact, that Aristotle’s Physics may seem a lie in the face of Newton’s mechanics or Einstein’s relativity. Epistemology took decades, maybe centuries, to understand its misjudgment towards such a great philosopher and scientist as Aristotle was. So, with the proposal of the Tolkien Society, we are now falling into the same error of those scientists who used to read Aristotle’s Physics with the eyes of Newton and Einstein, asking the text the wrong questions and, consequently, expecting that it could give answers that the autor never had in his mind. I hope I’ve made clear how serious the situation is. Further, I’d like to point out that, if I had chosen a more neutral title, maybe it would not have brought out this matter with the relevancy it deserved. So, again, this choice is only mine and comes from this reason. That’s all. I hope this clarification is enough. 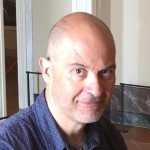